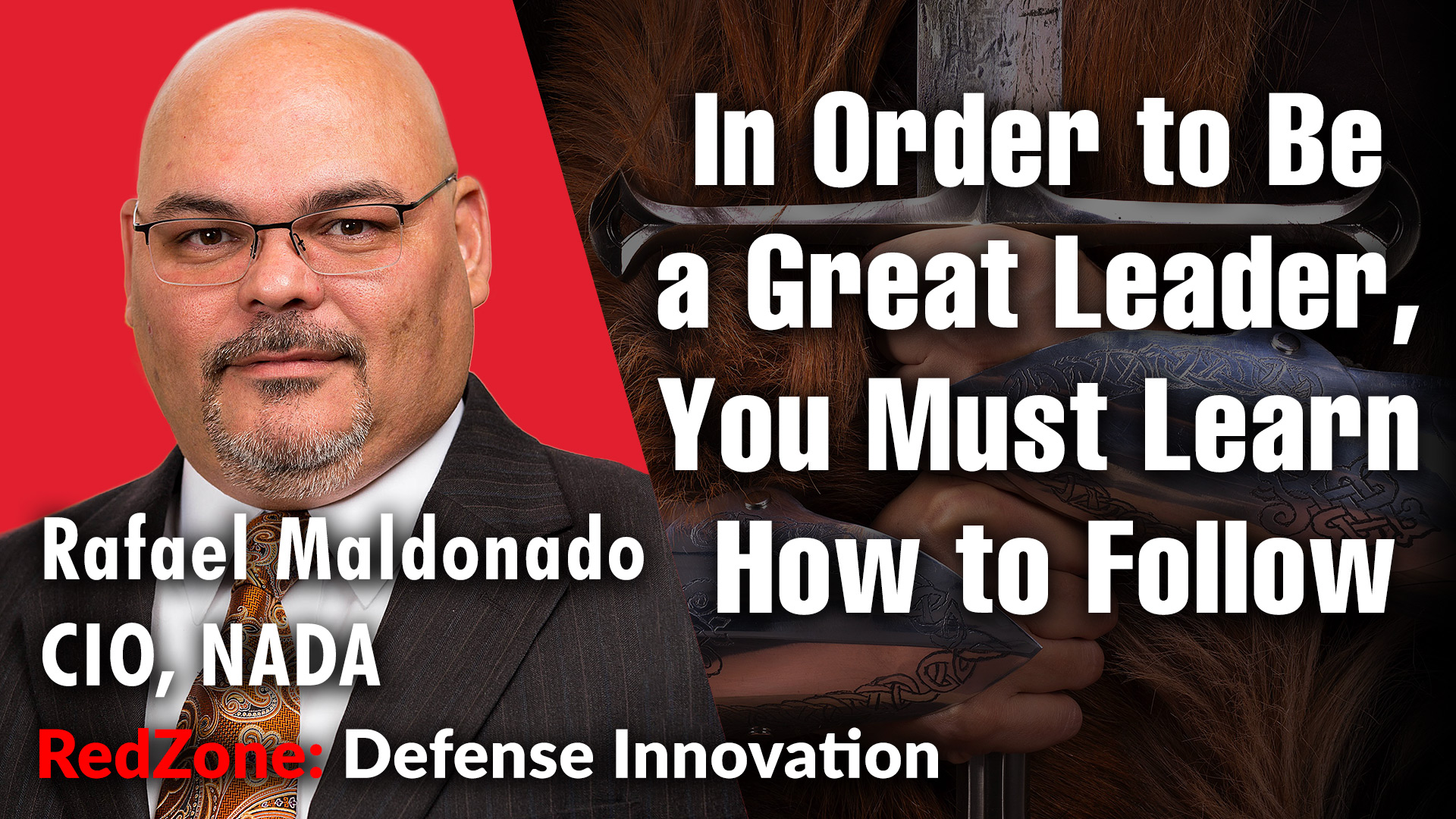 A good friend of mine, Rafael Maldonado, is CIO of the National Automobile Dealers Association (NADA). In this short story he shares with me his thoughts on leadership, presenting to CEOs, three star generals, being a great follower, and the impact the military had on developing him as a leader.

Watch this short video to hear this great story about leadership!

Read the full conversation transcript below:

Rafael:    I spent one year at the University of Puerto Rico and then I joined the Army. I always took classes while I was in the military. I would take one class here and there. I went to Germany and I was stationed there for three years. While I was there, I continued taking courses. Then I got stationed at the Pentagon for the final, almost four years, of my career. I was always taking courses. Finally, I got out of the Army in 1998, and I went to work for Ernst and Young. While I was at Ernst and Young, I actually finished my bachelor’s degree.

Rafael:    I think that the military was a great experience. I’m a firm believer that if everyone would serve at least for a year we would be a better society overall.

I like to say that I went to the military as a young person and I became a man in the military. It also provided me with unbelievable training around leadership. My formation as a leader began in the military. That prepared me to go into big-five consulting at Ernst and Young. I think that the biggest advantage at the time was that I knew how to lead.

I would like to say that in order to be a good leader you must learn to follow. I was able to follow and lead and make that change when it was necessary. In consulting, sometimes you’re part of a team, sometimes you’re leading the team, so having that experience in the military prepared me very well to be able to do consulting. When you’re with a big-five firm, you’re doing consulting for large Fortune 100 companies.

I had to present to CEOs and COOs. When I was in the military, I was presenting to three and four-star generals. So, it also prepared me in that sense. So I wasn’t afraid to stand up and present to high level., whether they were officers or executives.