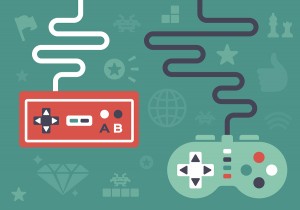 The genesis of this article happened because of my general discomfort with my kids sitting around playing games on devices like phones and tablets versus reading a book or playing outside. I guess I was raised to go outside and play so I am wired this way. However, after reading and listening to researchers in this area I have definitely questioned my assumptions.

I used to think that playing games was a waste of time. I had a litany of reasons why, the least of which was not a Puritanical work ethic and a ‘usefulness’ and efficiency of time problem with playing games. This definitely was a Family of Origin issue with me 🙂

I heard an interviewer ask a question of a guest recently that went like this, “what assumptions have you changed your mind about over the past year?” I think that this is a great question and “GAMING” is my big one for this year.

I stumbled upon researcher Jane McGonigal while listening to a Tim Ferris podcast and also on a very popular TED Talk that she gave. (Links to these resources are below).

She was the first woman in the world to research the positive effects of gaming and her TED Talks on the topics have garnered almost 10 million views.

She is leading the charge with studying the positive effects of gaming in all areas of life. There is a positive correlation between gaming and several traits that we all want our kids, employees, and ourselves to have. These mostly center on a mindset of Positive Growth. Not PTSD, but PTGS – Post Traumatic Growth Syndrome

From an inherited Irish immigrant family mentality, I learned that if a behavior didn’t lead to putting food on the table, then why do it? If the activity wasn’t useful or lead to a logical or direct end, then what good was it? Fun was not part of the equation. Of course this was my interpretation of events and probably not what was actually intended, but nonetheless it was this experience that carried forward and colors my current world with kids that is highly digitized and at least partially oriented around electronic devices.

However, I do remember programming simple games with my first Tandy computer and playing the simple handheld soccer and football games and really enjoying them when I allowed myself to do so. 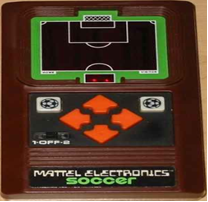 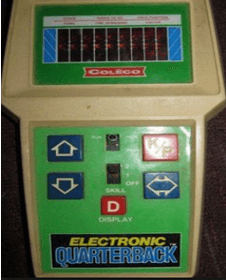 Have you bought into the notion that gaming is bad or that it is not as good as playing a game of cards, pool, monopoly, etc?

Some of you may be wondering, “how much game playing is too much?” 21 hours is the answer.

In McGonigal’s videos and books she discusses some of the major benefits that come from gaming and it makes total sense. They fall into the following categories:

Below I have highlighted some of the major character trait “wins” that she sees gamers experience, from her Ted Talk video.

[3:31] I don’t mean just good as in successful, although that’s part of it. We do achieve more in game worlds. But I also mean good as in motivated to do something that matters – inspired to collaborate and to cooperate. And when we’re in game worlds, I believe that many of us become the best version of ourselves — the most likely to help at a moment’s notice, the most likely to stick with a problem as long as it takes, to get up after failure and try again. And in real life, when we face failure, when we confront obstacles, we often don’t feel that way. We feel overcome, we feel overwhelmed, we feel anxious, maybe depressed, frustrated or cynical. We never have those feelings when we’re playing games, they just don’t exist in games.

[4:15] What about games makes it possible to feel that we can’t achieve everything? How can we take those feelings from games and apply them to real-world work? So I looked at games like World of Warcraft which is really the ideal collaborative problem-solving environment. And I started to notice a few things that make epic wings so possible in online worlds.

[8:54] What these games are making us virtuosos at. Here are the four things I came up with.

Urgent optimism. OK, think of this as extreme self-motivation. Urgent optimism is the desire to act immediately to tackle an obstacle, combined with the belief that we have a reasonable hope of success. Gamers always believe that an epic win is possible, and that it’s always worth trying, and trying now. Gamers don’t sit around. Gamers are virtuosos at weaving a tight social fabric. There’s a lot of interesting research that shows we like people better after we play a game with them, even if they’ve beaten us badly. And the reason is, it takes a lot of trust to play a game with someone. We trust that they will spend their time with us, that they will play by the same rules, value the same goal, stay with the game until it’s over.

[9:41] Bonds of Trust and Cooperation

Playing a game together actually builds up bonds and trust and cooperation. And we actually build stronger social relationships as a result. Blissful productivity. I love it. You know, there’s a reason why the average World of Warcraft gamer plays for 22 hours a week – kind of a half-time job. It’s because we know when we’re playing a game that we’re actually happier working hard than we are relaxing or hanging out. We know that we are optimized as human beings, to do hard and meaningful work. And gamers are willing to work hard all the time, if they’re given the right work.

[10:52] Okay, so these are four superpowers that add up to one thing: gamers are super-empowered hopeful individuals. These are people who believe that they are individually capable of changing the world. And the only problem is, they believe that they are capable of changing virtual worlds and not the real world. That’s the problem I’m trying to solve.

So, consider this really interesting statistic; it was recently published by a researcher at Carnegie Mellon University: The average young person today in a country with a strong gamer culture will have spent 10,000 hours playing online games by the age of 21. Now 10,000 hours is a really interesting number for two reasons. First of all, for children in the United States, 10,080 hours is the exact amount of time you will spend in school, from fifth grade to high school graduation, if you have perfect attendance.

[7:22] So, we have an entire parallel track of education going on, where young people are learning as much about what it takes to be a good gamer as they’re learning about everything else in school. Some of you have probably read Malcolm Gladwell’s new book “Outliers,” so you would have heard of his theory of success, the “10,000 hours” theory of success. It’s based on this great cognitive-science research that says if we can master 10,000 hours of effortful study at anything by the age of 21, we will be virtuosos at it. We will be as good at whatever we do as the greatest people in the world. And so, now what we’re looking at is an entire generation of young people who are virtuoso gamers.

I think this was a great experiment that Jane did on stage with the audience and what I find fascinating is that this simple game changed the entire energy, emotion, and fun of the entire audience. Use it with your work friends, teams, and family to build the Creativity, laughter, Contentment, Awe, Wonder, Excitement, Curiosity, Pride, Surprise, love, and relief.

The Role of Avatars

A Gaming Mindset and Quality Time with Kids

A recent study from Brigham Young University School of Family Life reported that parents who spend more time playing video games with their kids have much stronger real-life relationships with them. If you are a parent and are looking to bond more with your son and daughter, games can do this. I have personally been experimenting with this and it works!

One of the big applications of gaming I believe in is using large numbers of people to solve large scale problems. I would like to say that IT Security falls into this category.

There are big problems being solved with gaming. Here is an example of one referenced in Jane’s speech

Yes, this group of people came up with 500 creative solutions! This is great.

Although the game is no longer being played, this type of format could give us a glimpse into how we can scale IT Security in the future. I think we could set up games for IT Security that would give us similar outcomes of creativity and insight into potential solution options.

Google “Superstruct” or hit this link to learn more about it.

In Summary, I think gaming, and in particular “Superstucts”, are a way to scale IT Security and leverage vast numbers of people (like a Militia) in order to meet the IT Security threats that face us.

In addition, IT Leaders need to recognize the benefits of gaming within their organizations to see how they can leverage this inherent positive urge to benefit your teams.

Bill is dedicated to your success as an IT Business Leader. Follow Bill on LinkedIn and Twitter. Sign up/Subscribe for weekly podcast, CIO Mastermind and CISO Mastermind updates delivered to your inbox easily and effortlessly.